A few mementos portrayed in Eleonora and Joseph can be found in the images on the right. They depict the two universes that clashed in 1799 Naples—the Royal Family and the Revolution.

The Piazza Mercato, so attractively depicted here by Antonio Joli (c 1760-65), is the same square where Eleonora and her compatriots were cruelly executed.

The two works by Saverio della Gatta capture a glimpse of the social make-up of Naples in this period. On the front cover of Eleonora and Joseph you can see Eruzione del Vesuvio del 1794, another painting by the Neapolitan artist.

If you're a fan of calligraphy, you will enjoy the third page of one of Eleonora's few surviving letters. It is addressed to Frei Manuel do Cenáculo in 1786. She signs the letter with her first name spelled in Portuguese, Leonor.

Ships played an important political role in the early nineteenth century. Some familiarity with naval history can expand our understanding of Eleonora and Joseph's age.

The Royal Navy's HMS Foudroyant is the vessel where Horatio Nelson triumphantly brought King Ferdinando back to Naples from exile, in 1799. Queen Carolina stayed behind with her children in Palermo, but Lord and Lady Hamilton were on board.

The frigate Minerva—immortalized in this painting—is the vessel where Horatio Nelson had her former captain hung, Admiral Francesco Caracciolo. Nelson was aboard the Foudroyant while conducting Caracciolo's trial and sentencing. The trial, sentencing, and execution took place in one single day, June 29, 1799.

The USS Constitution, the vessel in which Correia da Serra sailed in 1812 from Cherbourg, France, to Norfolk, Virginia, is now a historic monument moored in Boston Harbor.

Monticello's website has a unique display of Thomas Jefferson's life and plantation. The dining room is particularly attractive due to its sunlit decor. Correia da Serra's room is also on display. He was the only person, besides President James Madison, to have his own room at the mansion. The first chapter of Eleonora and Joseph takes place in both settings.

Correia da Serra's son—Eduardo José—moved to America to be with his father and attended St. Mary's College in Baltimore. He plays a minor, albeit significant role in the novel, so here is the page of the school register showing his name. He is listed as Corea. Note that his place of residence has an interrogation mark; he arrived at the school in 1817 and left in 1819. The image of the page is taken directly from the original hand-written student roster, as it was considered too fragile for scanning. Father Pierre Babad taught at the school and developed a close relationship with father and son. He dedicated his Portuguese grammar to Correia da Serra.

The 1793 confession by Correia da Serra to the Inquisition is preserved in Lisbon, at Arquivo Nacional da Torre do Tombo: ANTT, Lisbon Inquisition, Book 145, doc. 459. 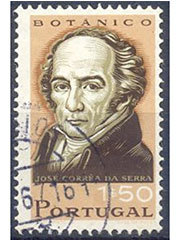 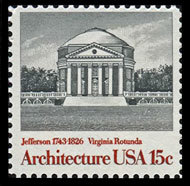 CLICK IMAGES TO READ EXCERPTS FROM ELEONORA AND JOSEPH