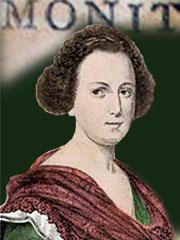 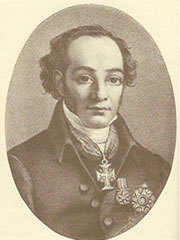 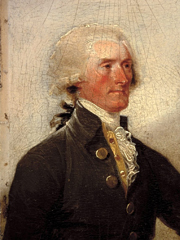 1. The first time I came across the troubles Joseph Correia da Serra had with the Inquisition, was when I read Kenneth Maxwell chapter, "The Odd Couple," in his book, Naked Tropics. Here, he describes the unlikely friendship between Thomas Jefferson and Correia which, nevertheless, started in Monticello - when Correia first visited in 1813 - and lasted until Correia left America in 1820.

2. A footnote in this chapter called my attention, as Maxwell mentions that David Higgs ("Lisbon," in Queer Sites: Gay Urban Histories since 1600, ed. David Higgs) came across a denunciation among the papers of the Lisbon Inquisition (Cadernos do Nefando, No. 145, Arquivo Nacional Torre do Tombo, Lisbon).

From New York, I made a note to see the document when back in Lisbon, not knowing that Cadernos do Nefando have been online for a while.

3. This text contains a confession by Correia da Serra about his sexual practices and asks for God's mercy.

4. In Chapter 13 of Eleonora and Joseph, Correia da Serra takes a walk in the Botanical Garden of Lisbon and reminisces about his past. He is worried about what his son Edward might think about his confession one day; Inquisition records were supposed to be kept secret, but there was always the danger of disclosure. Correia is debating the best way to approach the issue since Edward is about to leave for Paris to study medicine.

5. Correia describes the interrogation he was subjected to by the Inquisition judges, and I placed the scene inside a trial, as it was usual at the time.

7. I corrected this detail, however, in the original published version of Eleonora and Joseph, when I read it again to celebrate one year of publication. I describe the inquisitors' interrogation, but I don't use the word trial anymore. Since New Academia Publishing is print on demand, I didn't have to wait for the book's second edition. A good thing!